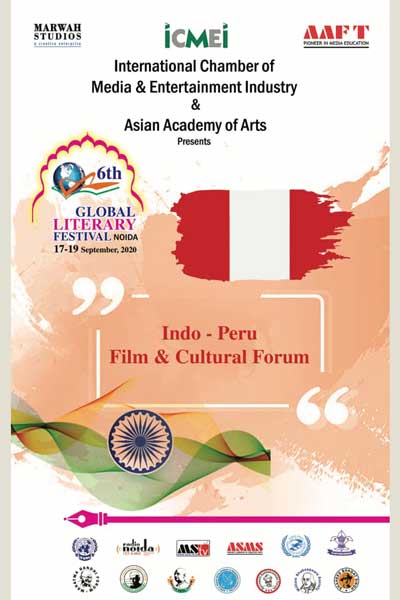 The Asian Society of Film and Television integrated with the Government of Peru to form the Indo-Peru Cultural Forum. The idea is to get to know each other’s culture which will eventually help to make a critical analysis of one’s own culture, and performance. Peru, the third-largest South American nation, has fine arts as well as performing arts as a part of its culture. It has also been influenced by not only its geography, but also many other factors such as the influx of the Spanish conquerors, the inflow of immigrants from Africa, Asia, and Europe. Peru stands distinct with its cultural diversity and as connoisseurs of music. Their newly created modern music is an amalgamation of the decades-old native Inca and Spanish styles. Gradual development has been seen in the world of films and television production. The forum conducts regular seminars, symposiums, and debates to disseminate the culture of both societies and have a cultural exchange of singers, musicians, dancers, and stage artists from both countries. Films and television programs are regularly screened in each other’s country. Sandeep Marwah is the Chairman of the Indo-Peru Cultural Forum.