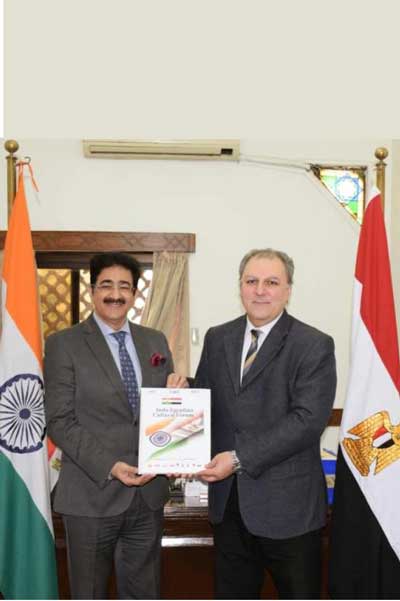 The Asian Society of Film & Television and the Embassy of Egypt in India have coordinated to form the Indo-Egypt Cultural Forum. Various cultures have influenced the Indian and Egyptian culture over time and are over 1000 years old. The Indo-Egypt Cultural Forum functions within the confines of the great and ancient culture of India and Egypt. A technology-driven medium such as film, television, and radio offer one a platform for artistic expressions. It derives its influence from the cultural ethos of society.  The foray of television began at nearly the same time in both countries in the 20th century. This forum will work within the confines of the cultural milieu of both nations. Seminars, symposiums, and debates held to disseminate the cultural heritage and provide a stage for singers, musicians,dancers, stage-artists to showcase their talent in each other’s countries. Films and television programs from India and Egypt are screened regularly in both countries. Sandeep Marwah is again the Chairman of the Indo-Egypt Cultural Forum.