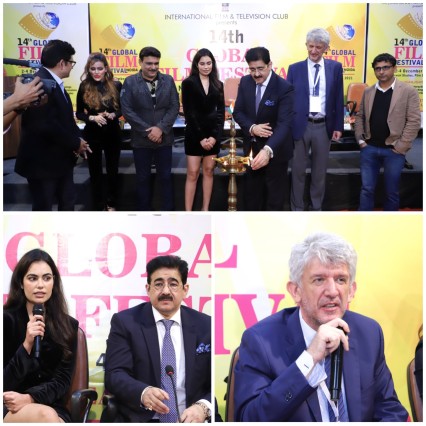 NOIDA: Serbian filmmaker http://cakebysadiesmith.co.uk/category/celebration-cakes/page/9/  Gordan Kičić’s REALNA PRICA (“Real Story”) takes us through the saga of the actor, Veljko Radisavljevic, who has the impression that the entire universe has conspired against him. He is a walking problem and firmly believes that all the discord is created by the people around him, which is why he often gets into comic conflicts with friends, family, colleagues and even random passengers. Waiting for the big role that he believes will solve all his troubles, Veljko begins to lose his sense of real problems.

“Let me first thank the organisers for including the film from Serbia. I am also thankful to Indo Serbia Film and Cultural Forum for initiating this event. What an energetic audience, full of zest and enthusiasm. I am confident that all of you will like this Serbian film Realna Prica or Real Story,” said Ambassador Sinisia Pavic Charge d’ Affairs of Embassy of Serbia in India at  the screening of  film at 14th Global Film Festival Noida 2021 at Marwah Studios.

“This event has added a lot to the relation between India and Serbia. It has also made Indo Serbia Film and Cultural Forum much stronger,” added Sandeep Marwah President of International Chamber of Media and Entertainment Industry expressing India’s relation with Serbia.