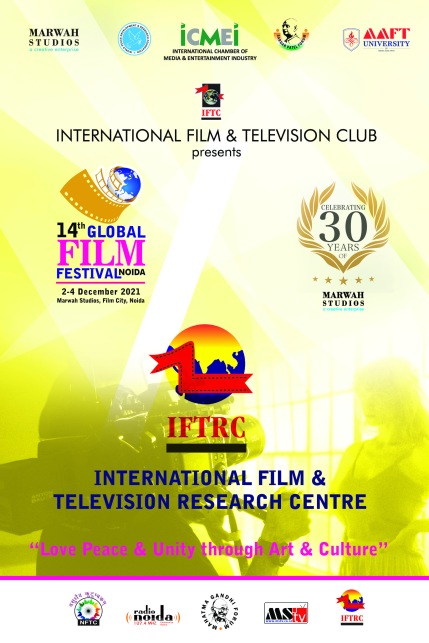 Noida: No business can flourish unless and until there is a research part associated with the activities. Film television and media is not out of this. Way back in 1993 we created this centre to support our activities related to film TV and media education and film and TV production. We wee little ahead of time. Researched helped us in establishing one of the best film schools of the World,” said Sandeep Marwah President of International Film and Television Research Centre declaring association once again with 14th Global Film Festival Noida 2021.

The birth of Global Film Festival Noida is the suggestion of IFTRC- International Film and Television Research Centre. A film school need to be associated with national and international film festivals to give young aspirants a very large prospective of cinema. It changes your vision towards film making. It is also important to understand that no film business is possible without events being associated with it,” added Sandeep Marwah eight times honored with Honorary Doctorates.

IFTRC -International Film and Television Research Centre has been playing very important role in creating Global Film Festival a very prominent and powerful film festival of the World. No doubt Global Film Festival has emerged a very popular and well attended festival of the World. Needless to say that Marwah Studios has given numerous festival to international media and entertainment industry in these last thirty years.