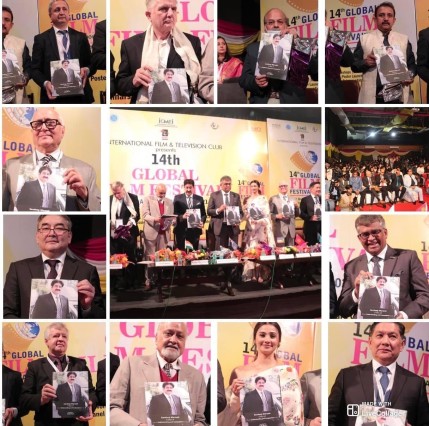 Noida: A coffee Table Book on renowned film, television and media personality Dr. Sandeep Marwah, President of Marwah Studios, was released on the first day of 14th Global Film Festival Noida 2021 by the most distinguished in the presence of large audience from all over the World.

“I am touched by the words used by my friends and associates in this book. This book is a surprise for me. I thankful to everyone for their cooperation during all these years of my growth,” said Sandeep Marwah.

Every guest had something good to speak about this international media personality. The book has been assimilation of write ups of different professionals who have dealt with Sandeep Marwah in all these years. It has been complied by Sushil Bharti and published by Star publication.