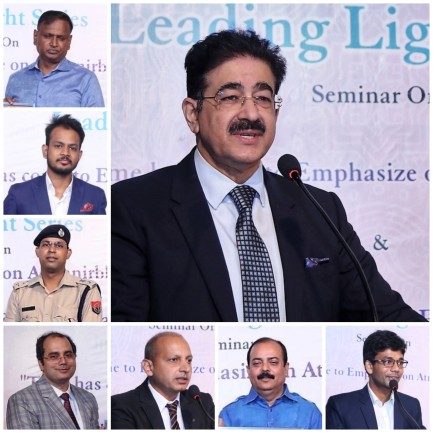 Noida: The education Committee of International Chamber of Media and Entertainment Industry in association with Delhi Todays Group organized a seminar on the topic “Time Has Come to Emphasize on Atmnirbhar,” followed by awards for the educationist who all have contributed well to the education industry at Marwah Studios, Noida Film City.

“Atmnirbhar is self-reliant and self-sufficient. We all have to be ambitious with better attitude, become tough and techno savvy to cope up with the situations, self-motivation and enthusiasm is key to success, be Nationalist, well informed and act intelligently to create innovative ideas to do better things,” said Sandeep Marwah President of Marwah Studios expressing the meaning of Atmnirbhar- a word provided by the Prime Minister of India to the Nation.