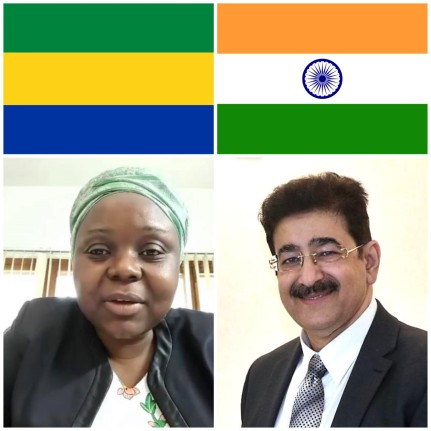 Indo Gabon Film And Cultural Forum was created few years back to bring the people of two countries close to each other through art and culture. ICMEI and Embassy of Gabon in India  have been creating wonderful events to create awareness about this strong bond between two countries.

Dr. Sandeep Marwah was earlier nominated by the Ambassador as the Chair of the forum whereas the President of the Country of Gabon also congratulated  Dr Marwah on this appointment. “ We are putting our best to addon to all that what we have already done for this organisation. We have already allotted slots to programs from Gabon for radio stations and television station recently,” added Marwah.