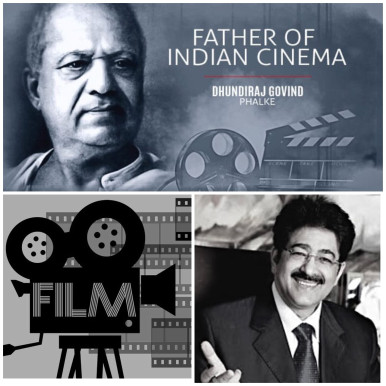 Raipur:” I think cinema, movies, and magic have always been closely associated. The very earliest people who made film were magicians. Cinema is universal, beyond flags and borders and passports. Cinema can fill in the empty spaces of your life and your loneliness,” said Dada Saheb Phalke Film Foundation Awardee Dr. Sandeep Marwah and Chancellor of AAFT University of Media And Arts in a webinar organised to pay tribute to the Father of Cinema on his 151st birth anniversary which falls on 30th April.

“Cinema is not only about making people dream. It’s about changing things and making people think. The cinema occupies an important place in the overall development of art and literature,” added founder of Noida Film City Dr. Sandeep Marwah who has been titled many times as Global Cultural Minister also.

Dadasaheb Phalke, who is known as the father of Indian Cinema was born on April 30, 1870, in Nashik, Maharashtra. Initially, Dadasaheb started off his career as a photographer but after he watched a silent French movie ‘Life of Christ’, his life changed. It became the turning point in his life which persuaded him to opt for filmmaking as his career and for that he went to London to pursue his dream.

After returning from London, he made Raja Harishchandra in 1913, which was considered a first-of-its-kind Indian feature film and that was just the beginning of Indian Cinema. He made almost 100 movies in his 25-year long career and after that he took retirement.