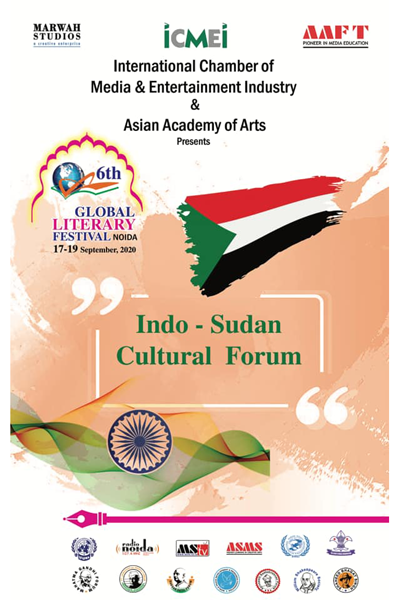 The Asian Society of Film and Television joined hands with the Embassy of Sudan in India to form the Indo-Sudan Cultural Forum to strengthen the bond between those in India and Sudan. As one of the most culturally diverse countries in the world, Sudan has about 600 tribes that speak 400 languages and dialects. The modern Sudanese songs are highly influenced by Egyptian and European influences, although the rhythm and melody belong to Sudan. The youth in Sudan make short documentary films to promote social cohesion in the country. The Indo-Sudan Cultural Forum facilitates the exchange of performing artists and also screens films from both countries. It also provides education and training facilities to young film and television professionals in India. Sandeep Marwah is the Chairman of the Indo-Sudan Cultural Forum.